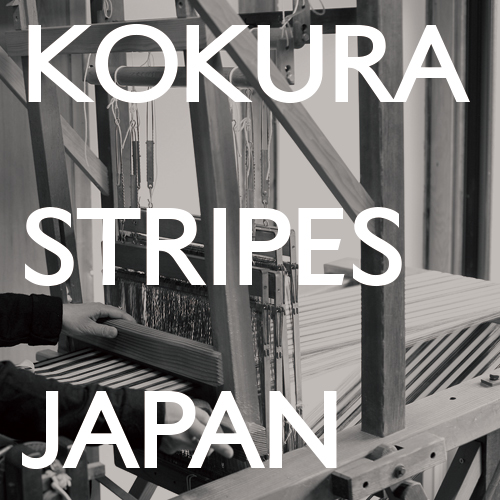 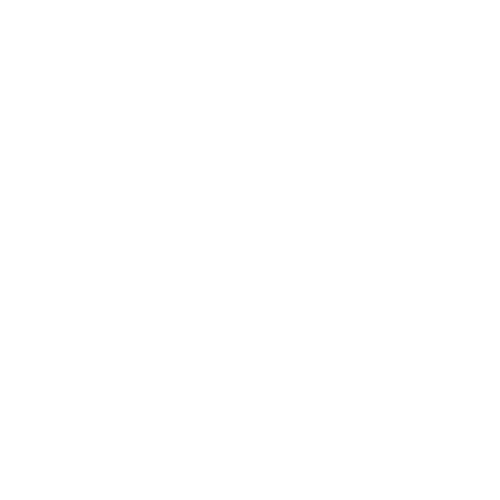 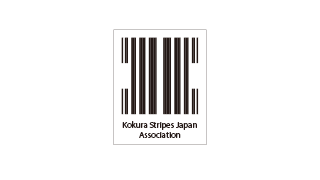 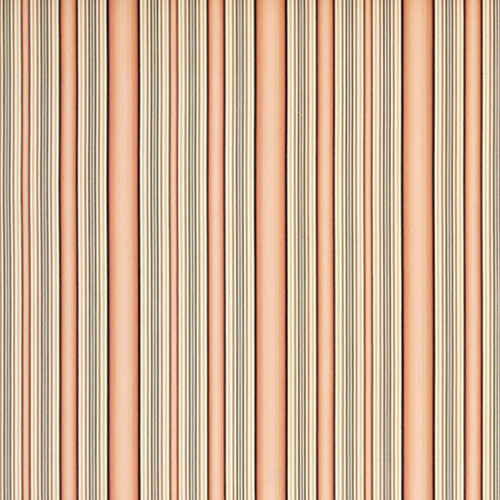 Kokura fabrics are a thick, durable and smooth fabric made of 100% cotton. Compared to ordinary fabrics, there are 3 times are many vertical warp-yarns as the horizontal woof-yarns. The density of the vertical yarns creates the stripe-pattern. The style of the fabric is formal and graceful, and the use of subtle shades of a color results in a three-dimensional appearance. The texture of this unique fabric is similar to that of leather. Textile artist Noriko Tsuiki, who is foremost in her field, succeeded in reviving the fabric using very fine natural-dyed yarns (the warp consists of about 60 yarns/cm). Her creative collection that blends tradition and innovation are in the collections of the Tokyo National Museum of Modern Art, as well as the Victoria and Albert Museum in London. 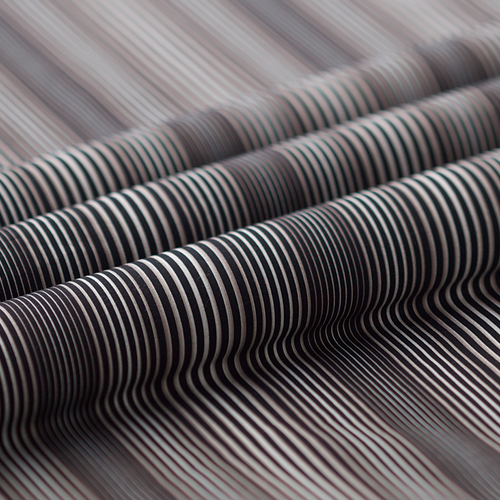 In 2007, under the art direction of textile artist Noriko Tsuiki, the beautiful and durable Kokura textiles were developed for machine weaving. The fabric maintains its traditional integrity, and its 140 cm width allows for a range of applications, from fashion to interiors. The new generation of the traditional Kokura fabrics is used not only by Japanese creators, but by creators from around the world. 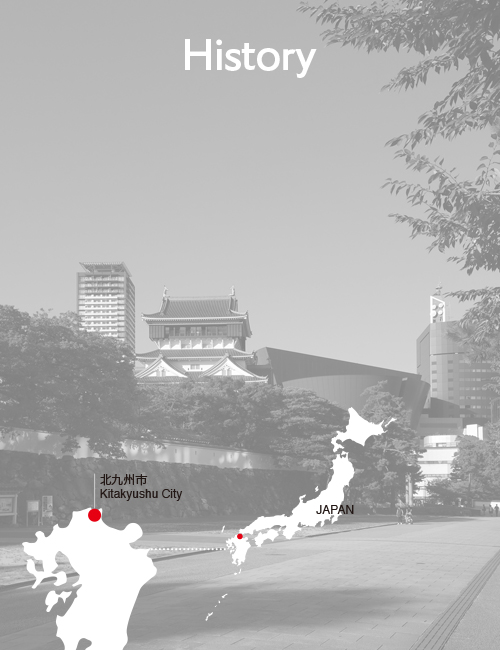 Kokura-ori fabrics were woven in Buzen Kokura (currently named Kitakyushu City) since the Edo Era (early 1600's). Kokura-ori was used to make "hakama" trousers and "obi" sashes that were used by the samurai class. The women and children of the Ogasawara samurai, were responsible for cultivating and spinning the cotton yarn, then weaving it into fabrics, which were in turn made into specialty items that were prized in Japan. There are written records of Tokugawa Ieyasu who favored coats used for falconry, that were made of Kokukra-ori fabrics. A Kokura outer-garment, which was part of a kyogen costume from the mid-Edo Period (18th century), is in the collection of the Tokugawa Art Museum. During Japan's Westernization movement of the Meiji Era, the "hakama" style was developed into summer uniforms for male students, using factory-woven Kokura-ori in a salt and pepper pattern woven from grey yarns. The demand for Kokura-ori cotton clothing spread across the country, and factories could not keep up with demand, resulting in the manufacture of imitation Kokura fabrics that were manufactured in other areas of Japan. Kokura-ori fabrics were manufactured for more than 300 years, but production ceased in the early Showa Era. Textile artist Noriko Tsuiki was dedicated to reviving the fabric and after much trial and error, in 1984 she succeeded in the restoration of Kokura-ori. The cotton threads are yarn-dyed, then woven in factories. Noriko Tsuiki's successors ensure that Kokura-ori will carry on into the 21st century.